Are you letting your clients get too much for free?

Ever been asked to do a little ‘extra’ or ‘help out’ an existing customer or been asked by your boss to just add something else to your long list of things to do … and felt like you couldn’t say no? We’ve all been there. In this article we’ll discuss how to set boundaries and how to say no.

In fact, saying no to an existing client or customer is one of the biggest problems faced by natural people-pleasers (I include myself in this!).

Consultants are familiar with project-creep. This is when little extras creep into the original agreement – so you bill the client for analyzing the dog market and writing a report… and 2 weeks before delivery they ask you if you could ‘just stick that in a powerpoint presentation’, then maybe take a ‘really quick look’ at how poodles compared to Labradoodles, oh and if you could show up to our board meeting that would be amazing and…. Suddenly this project triples in time without you getting a cent more.

Project creep also exists in other service industries – the coach who does an extra ‘emergency call’ or five, the website designer who is still getting calls on how to use WordPress 6 months down the line, the widget creator who makes the widget functional in ways never discussed before etc.

Let’s be clear: if you factor these in from the start – if you assume they will happen and allow for them, and you pride yourself on these extras, that is MORE than fine. If you go into this consciously and love the full service you give…. If you never get frustrated at the extra time… if your business is doing ludicrously well as a result of all of this and you don’t resent one moment and have plenty of time for you too… then your situation is not what I am talking about. Please keep doing what you do!

I’m writing this for people who are saying ‘yes’ to these situations when they really really mean ‘no’.

The ones who are frustrated, maybe complaining to friends and family about all the extra expectations or feeling a sinking feeling as you realize, again that the amount you got paid didn’t compensate for the time you put in.

If this is you, then listen up because it doesn’t have to be that way:

When you buy a book from Amazon do you assume that gives you the right to also get a free copy of the film… and the film script… and the writer’s original notes… and the matching t-shirt? If you emailed Amazon asking for this do you think they’d hesitate in saying ‘no’?

If you go to your lawyer (who bills per hour) and then ask her to hop on the phone for 30 mins then send her a series of emails that takes them time to reply to and maybe she can do this little extra while you’re there… do you think she will hesitate for a moment to bill you for each and every hour of her time? Would she hestitate in saying ‘no’ if you suggest all this stuff should be free?

Of course not: she is a professional. She values her expertise and time, and when you need her, so do you.

Who, exactly, told you that you should place so little value on your time, your expertise, your energy?

Who told you that no is a dirty word?

At this point you may be thinking “but this means providing a bad service!”. No. Definitely not.

I agree, it’s crucial to surprise and delight your people, have high standards and offer your vest. This is not about being penny-pinching and not caring about customers.

Quite the opposite. In fact:

Sometimes ‘no’ is more caring than ‘yes’

‘No’ can often be the most caring word.

Firstly, you are caring about yourself. Can you really run your business like this forever, with the extra time and the slight resentment of the situations you said ‘yes’ to and not really feeling like you have control when someone asks you a question that starts: “do you think you could…”

As Brene Brown says in her brilliant Ted Talk, the best-adjusted people know to take care of themselves first and other second because “as it turns out we can’t practice compassion to other people if we can’t treat ourselves kindly”.

Secondly, by being equally open to ‘no’ and ‘yes’ you are taking better care of your customers.

For example, I know one freelancer, Lisa, who often fumes behind her client’s backs at their behaviour: according to Lisa they keep dragging her into doing more than they paid for, and what’s more their requests are ‘stupid’. She thinks that they don’t need the extras, they are wasting their time and hers…. but she can’t bear to say that.

Ever thought “but they don’t really need that!”, done it anyway, and then moaned about them to your friends?

Who were you really serving by not saying no?

3 Ways NOT To Say No

When you’ve decided to try out the ‘nos’ you’ll reach the next question: how do I say those two letters in the right way? Let’s start by looking at the opposite: 3 ways NOT to say no (I’ll bet you’ve heard someone use at least one of these!)

“I’ve been thinking about this for days and I was up at night and then I spoke to my business mentor and wow it was so hard. I have to say no, just this once, I don’t normally, but oh dear, I have to. Let me tell you why

Oh god I hope you understand, I feel so bad, let me make it up to you, I really value you, please don’t dump me *cling, sob*”

The above was an exaggeration (obviously!) but the spirit of that email can be seen in many first time no-ers. It is written because you care, but ironically, drawing out your entire emotional process will only make the other person feel bad.

Sure they won’t ask you that question again, but for entirely the wrong reasons. It is important to show that you considered their request and it wasn’t a light decision and that you do care. The way to do that is not to think about their experience reading the email (or hearing you speak) too.

Ever asked a yes or no question… and had someone not give you an answer? You’re left hanging, wondering. Is it going ahead or not? Should I meet them this Tuesday or is that off? Not a nice place to be.

That is what happens to your customer if you avoid saying the n-word.

They are free to interpret a vague answer in any way possible, no one is in control, everyone is uncertain, and you are left feeling: “I should have just said yes”.

Blame is, a common theme from (ironically, again) the biggest people pleasers. When a people pleaser – a life-time yes-er gets to the end of their tether it’s like a bomb has gone off.

Sara has been saying yes far too much. She is conscientious, loves her work hates letting anyone down and can’t bear to be mean.

This means she rarely says no (and everyone knows that). Secretly, Sara is beyond tired of being taken for granted, even though she would never admit it.

Then Sara reads an article like this one. She recognizes herself in every word: she can’t believe how much she’s let herself be walked over. Something snaps: “I’m going to do it!” she declares “NO, here I come. I’m not anyone’s doormat anymore!”.

The next day an unsuspecting client emails Sara asking for an extra widget doodad that is well outside their agreement. AGAIN. Sara takes a deep breath and replies:

“No, that isn’t possible. My time is precious and I can’t continue to give freebies. We were supposed to stop working together last week, but I’m still here, working until midnight every night. Because of your project I’ve missed my grandmother’s 80th birthday and my hamster died from neglect. I haven’t mentioned this to you because I wanted to help…. but I can’t continue giving free time like this. If you would like that extra you asked for then here is a bill (for an amount which, ironically, is identical to my departed hamster’s recent vet bills).”

What expectations have you set? Every time you say yes, when you mean no, your clients, customers, suppliers (and yes, friends) assume that you just mean, well, YES. They assume this is normal. They will ask for more and more and the cycle will worsen. The boundaries aren’t there, because you never set them.

You know what? The emotional toll it takes on you is not their problem. It is yours. And you can fix it.

Let’s start this gently. I know a lot of people reading this won’t be comfortable enough to say ‘no’ off the bat. It can take a bit of practice.

So here is no-on-training-wheels: say yes now and no in the future.

Next time you say ‘yes’ when you’d rather say ‘no’ (and it will happen) make sure you limit that as a one off exception.

So “we don’t normally take on any work outside of the job spec however as this is the first time you asked [or another ‘reason’] we’re happy to do this for you this time”.

Then, if they are bolshie enough to ask for something else, simply refer them to that email (yes, make sure it is in writing even just for your own sanity).

That’s a great practice. Then, move into these no-techniques:

2. With love (show why this is not in their best interests)

Often the no isn’t just about you, it’s about the person asking you for the extra! If you’ve ever said ‘gah!’ and ranted to a friend or partner about why this is a silly request, then you owe it to the other person to educate them about why you don’t think this is a good idea.

Not literally in a sandwich. Though that would be novel. Say ‘no’ in between two positive points as below. This is a 3 part response which can be used in conversation or in writing:

In my example of being asked to add a community to a downloadable course I make two suggestions: a) they can go to my Facebook fan page and connect with others on there and b) if I run this as a live and community-based course in the future I will invite them on for a discount)

This email can be short if you want – I’ve sent 4 sentence versions of the above. Or make it more detailed depending on the situation – I’ve also sent a full page version.

Overall play with the ‘no’ and find your own way of using it. But remember to do it assertively, rather than from a place of frustration. If needed hold off on the no for a day until you have a clearer headspace. Then come back to what matters – you and your customer’s best interests.

If you come from a place of truly caring your answer will be worthwhile and might end up helping them more than a knee-jerk ‘yes’. 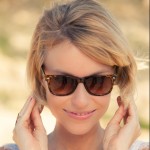